My research is focused on predator-prey interactions,
​examining how predators change prey behavior and demography in ways that impact coexistence and ecosystem functioning. 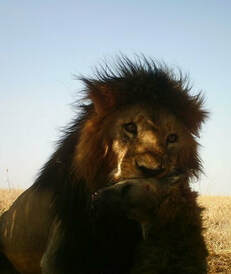 Multi-predator effects
In multi-predator communities, dynamics between sympatric predators often affect the overall fear landscape in unintuitive ways: prey responses to the predator guild can rarely be predicted by summing the anticipated responses to each predator alone. Instead, complex emergent effects arise. Risk enhancement may occur if prey exhibit predator-specific responses such that a defense against one predator limits their ability to avoid another. Conversely, interactions between predators may lead to overall risk reduction. The difference between observed and predicted response is termed a multiple predator effect (MPE). While theoretical studies have illustrated mechanisms by which MPEs could arise, little research has been conducted in natural communities to test these predictions. Combining data from collaring, camera traps, and manipulative experiments, I examine MPEs in intact and degraded communities across Africa. This work allows us to update our mechanistic models of how predators affect prey behavior and allows us to better predict ways these dynamics might be affected by restoration or loss of different members of the predator guild. 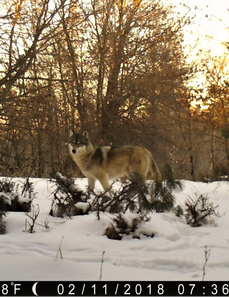 Trophic cascades
The loss of top predators from ecosystems worldwide is one of the most pervasive impacts of humans on nature. Given that apex predators often exert major top-down cascading impacts on herbivores, plants, and soils, it has been suggested that the recovery of predators might be necessary to restore natural systems to their pre-loss state. Alternatively, loss of predators might result in a critical transition to an alternative stable state that persists even if predator populations later recover. Predator recovery might also have little impact in systems where community structure and ecosystem functioning are controlled more by bottom-up resource limitation than by top-down consumers. As such, it remains unclear whether predator reintroductions will result in dramatic recovery in natural systems. I study both unassisted return of gray wolves to the Cedar Creek LTER in North America and the efforts to restore an entire carnivore community to Gorongosa National Park in Africa to gain a novel understanding of the mechanisms underlying population, community, and ecosystem dynamics, and to develop frameworks predicting how top predator effects cascade through terrestrial food webs. 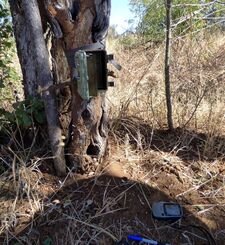 Proactive anti-predator responses
In Serengeti National Park,  Tanzania, I am using data from a long-term camera trapping initiate Snapshot Serengeti to investigate how heterogeneity in predation risk – the landscape of fear – shapes prey anti-predator strategies. I derive spatial and temporal structure of predation threat using monitoring data from the Serengeti Lion Project and resource heterogeneity from remote sensing data. I can then examine how prey animals “navigate” this trade-off as risk fluctuates simultaneously in time and space based on predictable changes in predator activity. We recently expanded our camera trapping initiative, developing comparable new monitoring projects in Mozambique, Zimbabwe, South Africa, and Botswana (see Snapshot Safari). As these data accumulate, we will compare how prey animals behave in open, migratory systems vs. smaller, fenced reserves - work which will have important implications for how we manage functional ecological relationships in these different kinds of protected areas. 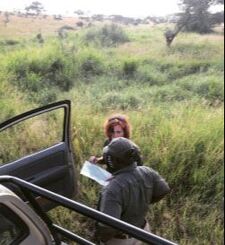 Reactive anti-predator responses
In addition to the “proactive” behavioral trade-offs prey engage in to avoid predators, I also am interested in the “reactive” behavioral responses that facilitate prey escape during predator encounters. By simulating prey encounters with multiple predator species of different hunting types (stalking: lion, cheetah; coursing: wild dog, spotted hyena), I can tease apart general patterns in response across an array of prey species towards hunting mode vs. relative risk levels. Using visual models and remotely triggered audio devices, I am working across a series of wildlife areas in South Africa, Tanzania, and Mozambique – in reserves with and without a full complement of top predators. Examining retention (or lack thereof) of anti-predator behaviors under relaxed selection pressure will lead to a better understanding of the mechanisms of learning and behavioral transmission and provide insight into how these adaptive behavioral repertoires may change in response to intensifying anthropogenic influences. 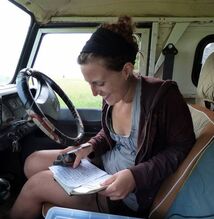 Positive inter-species interactions
While much of my research focuses on agonistic interactions within and among predators and prey, I have recently begun examining how species might facilitate each other in positive ways. Using camera trap data, we have documented new commensalisms between birds and giraffes and between bats and deer; we have also examined how stressful conditions promoted the formation of advantageous mixed-species associations of large herbivores within the Serengeti. Recently, we conducted a study looking at “interceptive eavesdropping” or “information parasitism” between sympatric prey species, focusing on how large mammals respond to the alarm calls of species which share the same predators. The forces that promote the formations of mixed-species associations have concomitant effects on community structure and thus have important implications for community ecology. 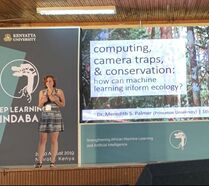 Conservation technology (#Tech4Wildlife)
I collaborate with amazing partners at FreakLabs, WildLabs, Google DeepMind, Microsoft, and others to develop innovative new hardware and software for ecologists. I am passionate about pushing the frontiers of camera trap design, assisting in the development and testing of camera traps specifically for ecologists and wildlife practitioners. These devices enable users to perform experiments and collect vital information such as animal speed or distance from camera that will enable more accurate data modeling. I also work extensively with organizations to improve machine learning algorithms for extracting ecological and behavioral data from camera trap images. A current goal is to package these AI algorithms in software that can be deployed in the field, a project which we are currently testing in our Tanzanian field sites.

Previous work
Before working on predator-prey dynamics in large mammalian systems, I engaged in an array of research initiatives including the effects of plasticity in behavior and development, the role of private communication channels in mate choice, the influence of play behavior and dominance interactions, and the evolution of microbes and parasites (I even have a paper on skink vomit). These projects took place in a variety of systems including Central and South America, Africa, and the South Pacific. See Publications for the output of these research initiatives.